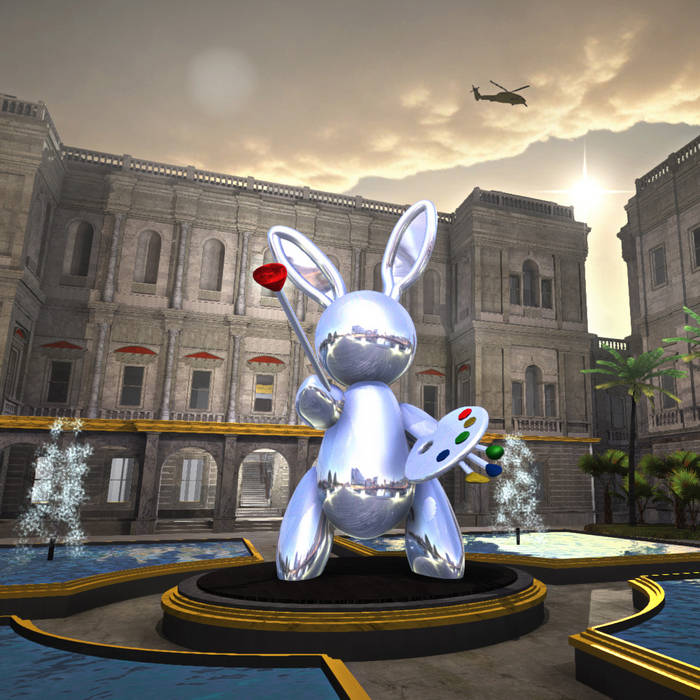 Lawrence Lek’s 'Unreal Estate' is a speculative simulation in which London’s Royal Academy of Arts has been sold off as a luxury playboy mansion to an anonymous Chinese billionaire. First shown at the RA itself in 2015, and available to play online as part of Lek’s 'Bonus Levels' series, this dystopian and poignantly funny piece was the winner of the ICA Tenderflix award and the Dazed x Converse Emerging Artist Award.

'Unreal Estate'’s eerie landscape is underpinned by a soundtrack from cellist and composer Oliver Coates. Coates’ cello chorales are both tender and stark; glossy Reichian quavers, elephantine bass lines and cultivated waltzes reverberate within the gallery’s imaginary walls. Interspersed amongst Coates’ themes are selections from 'Unreal Estate'’s narrator, whose advice to potential investors comes from a found text from Russian Tatler, translated into Mandarin by Joni Zhu.

Lek and Coates are both highly respected in their own fields. In the last two months, Lek has exhibited alongside Holly Herndon and Benedict Drew at Wysing Arts Centre’s 'The Uncanny Valley', and been announced as the visual collaborator for Kode9’s 2016 'Nøthing' tour. Coates’ lauded solo album 'Towards the Blessed Islands', released on PRAH in 2013, showcased the virtuosity and flexibility the cellist has brought to collaborations with Mica Levi, Jonny Greenwood and many many more. This release captures both artists at the top of their game.

'Unreal Estate OST' is available digitally, alongside a limited-edition A1 poster designed by Lawrence Lek and Tom Rose.